Last weekend at Beverly Center was the gifting suite for the 10th Annual MUAHs Awards that will take place in February 2023! The MUAH’s Awards celebrate Make-Up Artists and Hair Stylists for all of your favorite television shows, films, plays and musicals, and digital media! The gifting suite event last weekend included cocktails and hors d’oeuvres as well as gifts from notable brands such as Punky Color, Ardell, Le Meuix, and more! 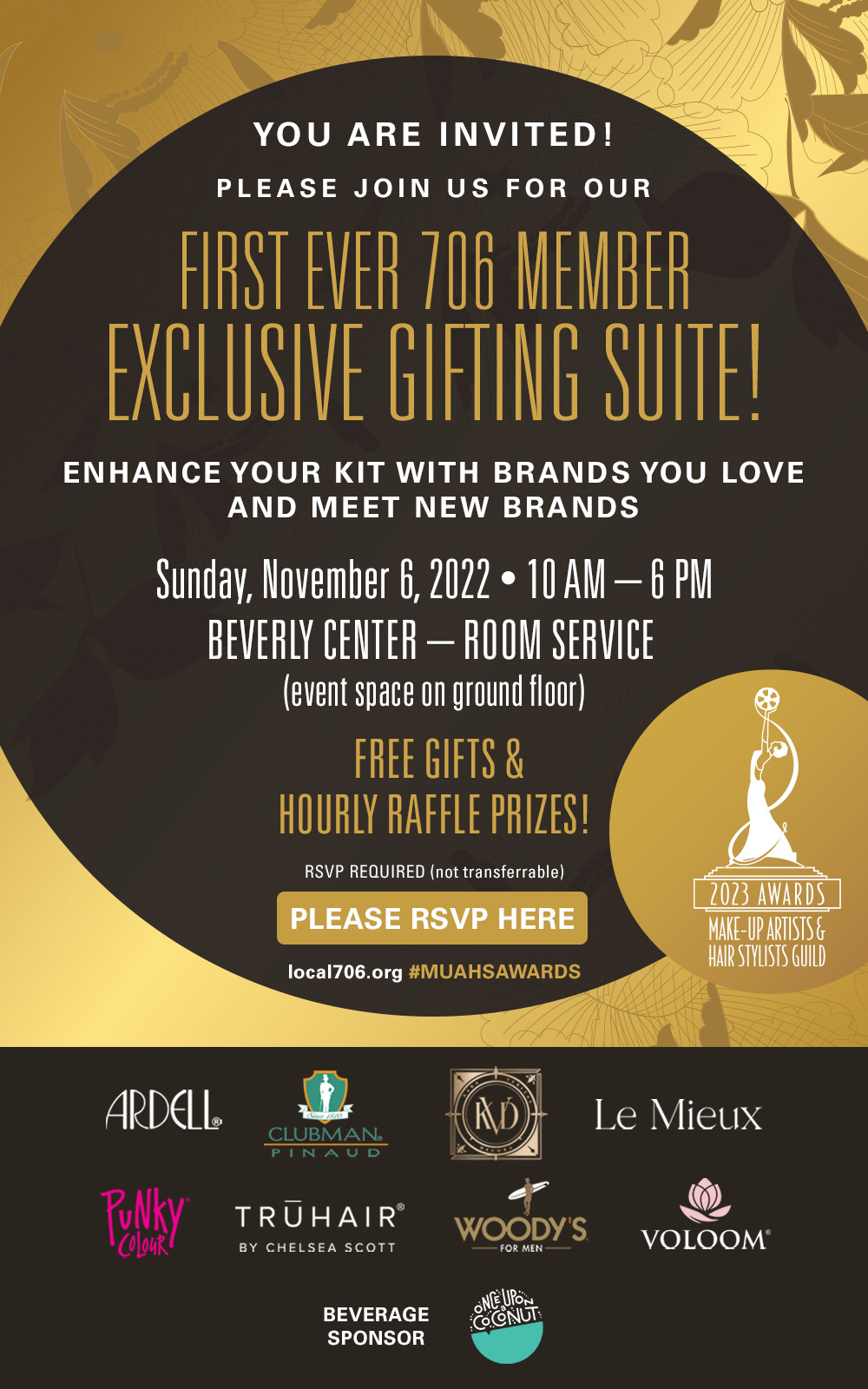 The Make-Up Artists and Hair Stylists Guild (IATSE, Local 706) was chartered in November 1937. Today, their diverse membership includes over 2,300 artisans in the entertainment industry worldwide. Local 706 members are make-up artists and hair stylists who have created the looks for Hollywood’s most memorable characters and stars of stage, screen, television, and now the Internet. The wide-ranging domains of these artists include feature films and television, commercials; “live” network television, all types of theatrical productions, and Disneyland theme parks. Local 706 Members have created notable characters competing for Academy Awards®, Primetime Emmys®, Daytime Emmys®, Saturn Awards®, BAFTA Awards®, and many other honors for make-up and hair styling artistry including their own Make-up Artists and Hair Stylists Guild Awards. The Local 706 Guild publishes The Artisan, a glossy quarterly magazine, and provides panels, workshops, and training both for members and others interested in the field to foster a spirit of innovation in the craft. 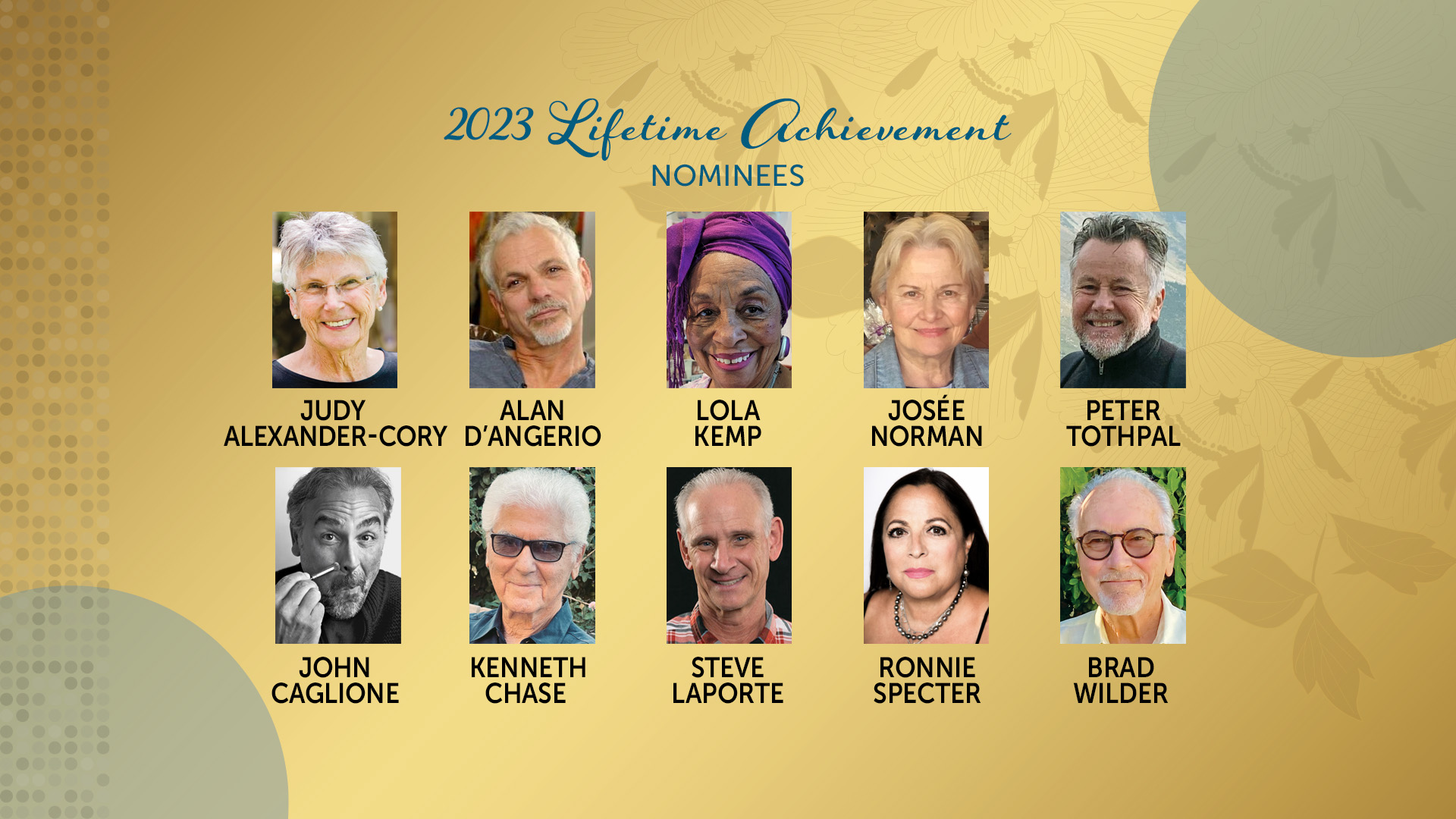 For the awards ceremony this Winter, the Lifetime Achievement Award will be announced! The nominees include John Caglione, Jr., Kenneth Chase, Steve La Porte, Ronnie Specter, and Brad Wilder. The Nominees for Hair Styling are Judy Alexander Cory, Alan D’Angerio, Lola Kemp, Josée Normand, and Peter Tothpal. MUAHS “Behind the Slate” panels of the 2023 Lifetime Achievement nominees are now available exploring the achievements, challenges, and creativity of the nominees. Interviews with the make-up nominees were moderated by Oscar-winning make-up artists Ve Neill (Pirates of the Caribbean: At World’s End Pirates of the Caribbean: The Curse of the Black Pearl, Edward Scissorhands) and Lois Burwell (The Last Samurai, Braveheart, Saving Private Ryan). Oscar-nominated hair stylist Barbara Lorenz (La La Land, Terminator: Dark Fate, Big Little Lies) interviews the hair stylist nominees in a panel sponsored by HASK® Beauty. The MUAHS “Behind the Slate” panels are produced by Dan Evans, IngleDodd Media. The Awards Gala will be held on Saturday, February 11, 2023, at The Beverly Hilton Hotel and will also be streamed to a worldwide and inclusive audience. The MUAHS Lifetime Achievement Award is given to one Make-up Artist and one Hair Stylist for an extraordinary spectrum of acclaimed work and exceptional contributions to the motion picture, television, and theater entertainment industry. The Lifetime Achievement Award winners will be announced on November 14th and will be honored at the MUAHS gala on Saturday, February 11, 2023.