Top 10 Hard Seltzers That Will Bring Summer Back To Fall

The colder season is in full swing, but that doesn’t mean we’re ready to get rid of our poolside drinks just yet. Hard seltzers have been ramping up for years, and for good reason: they’re refreshing and delicious, and the kick of booze is not to be resisted. Thankfully, breweries agree with us. All aboard the seltzer train! We’ve got options, and no, we aren’t going to cheat with Truly and White Claw.

Here are our top picks for hard seltzers, with plenty of fall offerings to boot!

One of the best breweries in Colorado, Breckenridge Brewery, began offering seltzers, under the name Good Company. There are five refreshing flavors, sold in a pack as retail: Apple+Pear, Black Cherry, Peach, Mountain Berry, and Honey Dew. They made it their mission to keep them light and tasty, and we’re here to report they have succeeded. Drink up! 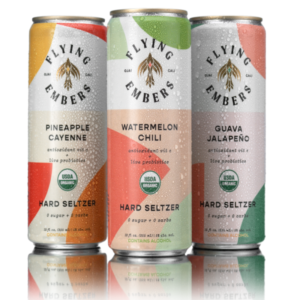 Hailing from Ojai, California, Flying Embers endured the tragedies brought on by California wildfires and shaped their brand around them, including starting a non-profit to support firefighters. Coincidentally, what Flying Embers is really known for is bringing the heat – by way of peppers! Their Pineapple Cayenne, Watermelon Chili, and Guava Jalapeno definitely bring it up a few notches. Their ingredients are totally clean, and include botanicals for that super light, crisp taste. 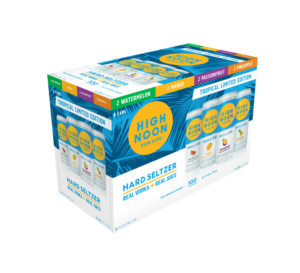 This California-based brand features seltzers made with real fruit juice and vodka, offering a cool twist to our seltzers. They are transparent on their ingredients, naturally, and offer seven different flavors. They’re all simple and amazing, and you can be confident in what you’re consuming while having a good time. We love mixing the variety packs, especially the tropical one. Why just settle for a single fruit when you can have the whole batch? 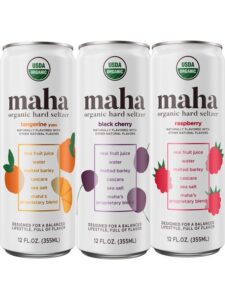 Another company from California, Maha is one of the few seltzer companies out there that is USDA certified organic. Besides that, they have some serious alchemy going on: they include cascara powder as well as a unique blend of essential minerals and vitamins. The result is a delicious drink… with health benefits! They offer three flavors, also all available in a pack. 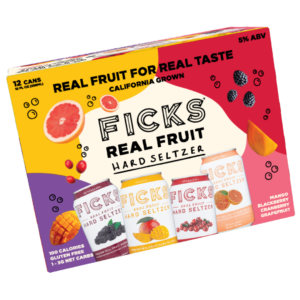 Two college roommates in Bay Area, California got sick of not knowing what exactly they were drinking, and they founded Ficks: a seltzer company that specializes in flavors from the best growers in the country. Right now, they are rocking out with four flavors: pureed Mango, cold-pressed Blackberry, cold-pressed Cranberry, and squeezed Grapefruit. They’ve hit the retail scene expansively, including selling at Safeway and Whole Foods. Of course, you can also buy everything in an entire pack!

Venturing into the world of hard kombucha now (it bubbles, so it counts), June Shine is a staple, established brand for this unique take on seltzer. They’re all organic, have the added bonus of probiotics and antioxidants, and sweetened with just honey. Their flavors include Midnight Painkiller, Hopical Citrus, Grapefruit Paloma, and Acai Berry. But where June Shine really “shines” is their devotion to the environment: they are partnered with Climate Neutral, and as a result, their business leaves no carbon footprint. They even donate one percent of their sales to 1% For the Planet. 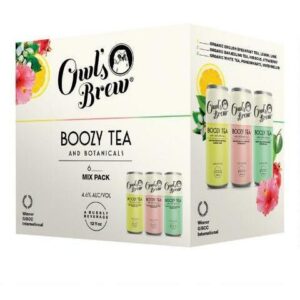 Jennie Ripps and Maria Littlefield founded Owl’s Brew because of two ideas: their love for tea, cocktails, and all natural ingredients, and the fact that this industry is so male-dominated. The results are some seriously tasty sparkling, “boozy” tea beverages processed slowly with natural ingredients. They include English Breakfast, Matcha, Darjeeling Tea, Jasmine, and White Tea flavors, along with their latest offering, the Cranberry & Spiced Chai Boozy Tea. Both women have strong backgrounds in brewing their own tea for years, and introducing alcohol into the mix has built them quite the following. What’s more is through Owl’s Brew, Jennie and Maria founded the Wise Woman Collective, a community based program designed to empower women.

Another entry on the hard kombucha list is Jiant, founded by two friends who just wanted a healthy, gluten-free drink that was actually delicious. The result is a twice-brewed, all natural, crisp and clean taking hard kombucha, collaborating with the top breweries of the world. They offer the flavors The Original, Hicamaya, Guavamente, and Gingerly, as well as the seasonals Cool Beans and Taco Tuesdays. 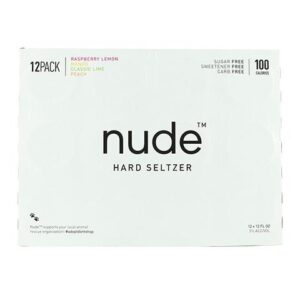 A start-up from BC, Canada expanded into the US market with hard seltzers, although their original product list is still very much related. Utilizing hard iced teas, gin sodas, vodka sodas, tequila sodas, and now hard seltzer, Nude hops on the train of little sugar and minimally processed drinks. The seltzers include Raspberry Lemon, Peach, Mango, and Classic Lime. Nude is the first on this list to show a fondness for our animal friends, having donated $230,000 to various animal rescue organizations. Their goal is to hit $1M by 2023! 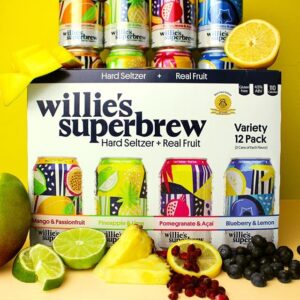 This Boston based company packs a punch in so many ways. Nico Enriquez met Willie Fenichel in a volleyball game, and Willie showed Nico his prized ginger brew. Nico knew this could be big, and it was: Willie’s Superbrew was born, and again, with real fruit and natural ingredients. Of course, their Ginger & Lemon flavor continues to be their bestseller, but they have expanded into many different options and combinations, including the Cinnamon & Pear they released for the fall. Willie Fenichel sadly died suddenly in 2019, but Nico is very much carrying his torch. They have continued to donate 3% of their profits to environmental causes, and in 2020, they started beach cleanups on Cape Cod to honor Willie.

It’s super encouraging to see light, organic seltzers hitting the pavement with our best interests in mind. What have you been drinking lately?